PETRA THE LOST CITY OF JORDAN

It s been called the eighth wonder of the ancient world and it has been declared honorary as one of the Seven Wonders of the World and its not other than the Petra of Jordan!

A few words about Petra of Jordan

It is a whole city that spreads in a huge area near the village of Wadi Musa. Its name means “The one that has been carved” and dates back to about one century B.C.

It was the capital of the Empire of Nabataeans, then merged with the Roman Empire and later suffered damages due to an earthquake that led to its decline. It was a main commercial centre between Mesopotamia and Egypt.

Petra turned out to be a deserted area which was inhabited until today by Bedouins. In 1812 was re discovered by explorer of the West and since then it is the basic attraction of Jordan.

Petras most famous monument The Treasury appears dramatically at the end of the Siq. Used in the final sequence of the film Indiana Jones and the Last Crusade, thsi is only the first one of the several secrets of Petra! (Map below)

It’s also known the lost city rediscoverd in 1812 by the westerns and the rose – red city. 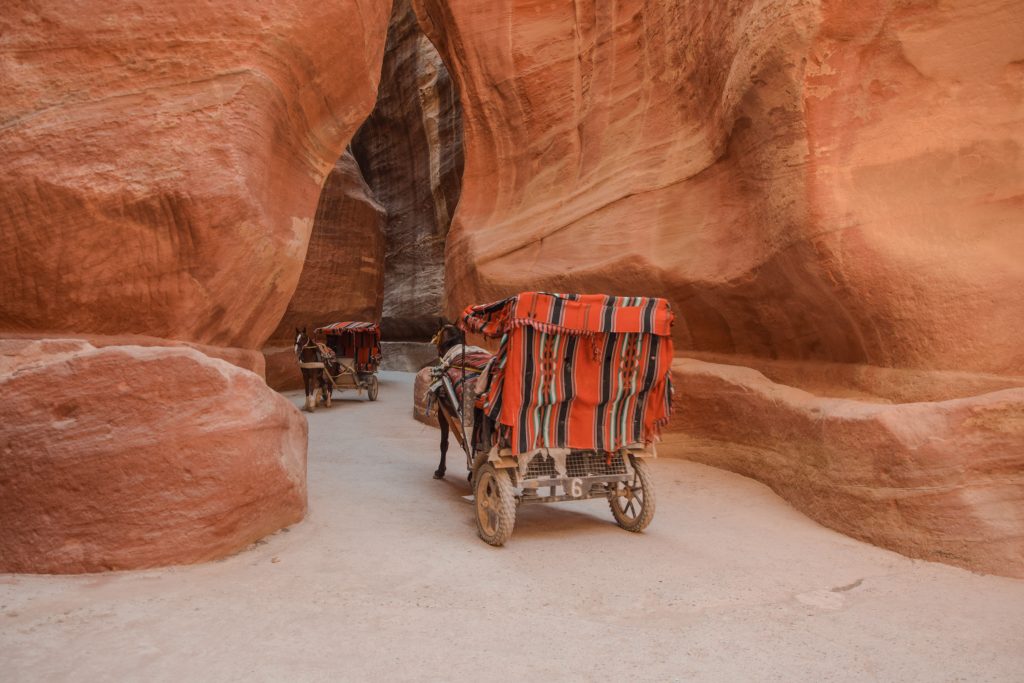 Here you will find almost all if not all hiking trails in Petra. The times are approximate and the degrees of difficulty as well! Generally speaking all trails  are easy for the average visotor as we witnessed it. The most difficult are those that lead to the monastery and the ascent to see the Treasury from above! If you dare it, however, the difficulty lies in the fact of duration in combination with the rocky environment.

Petra, the capital of the Nabateans 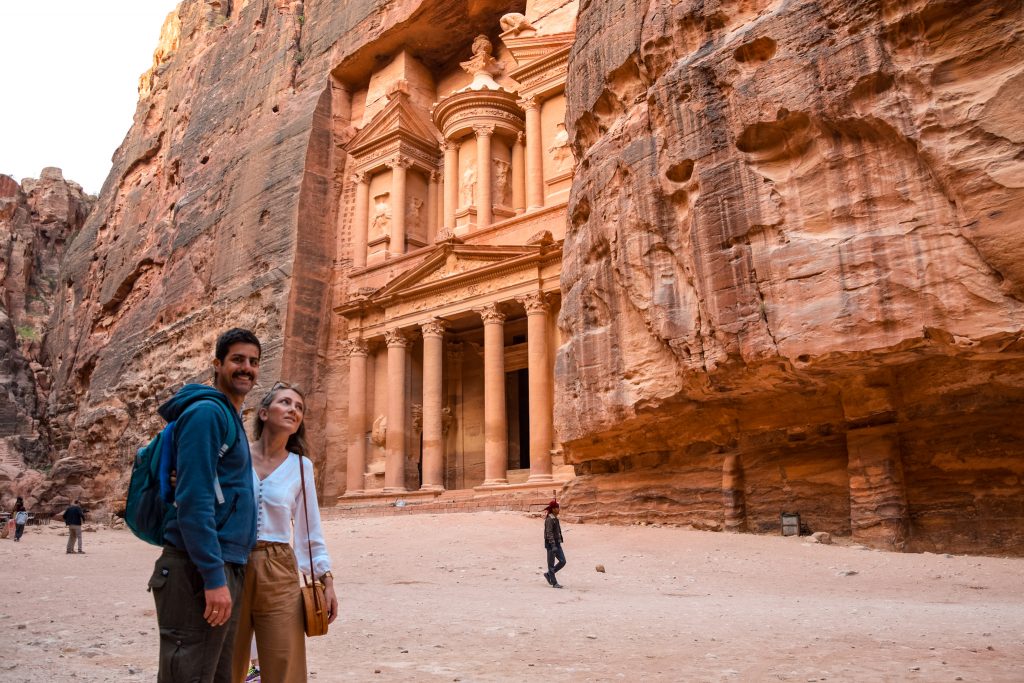 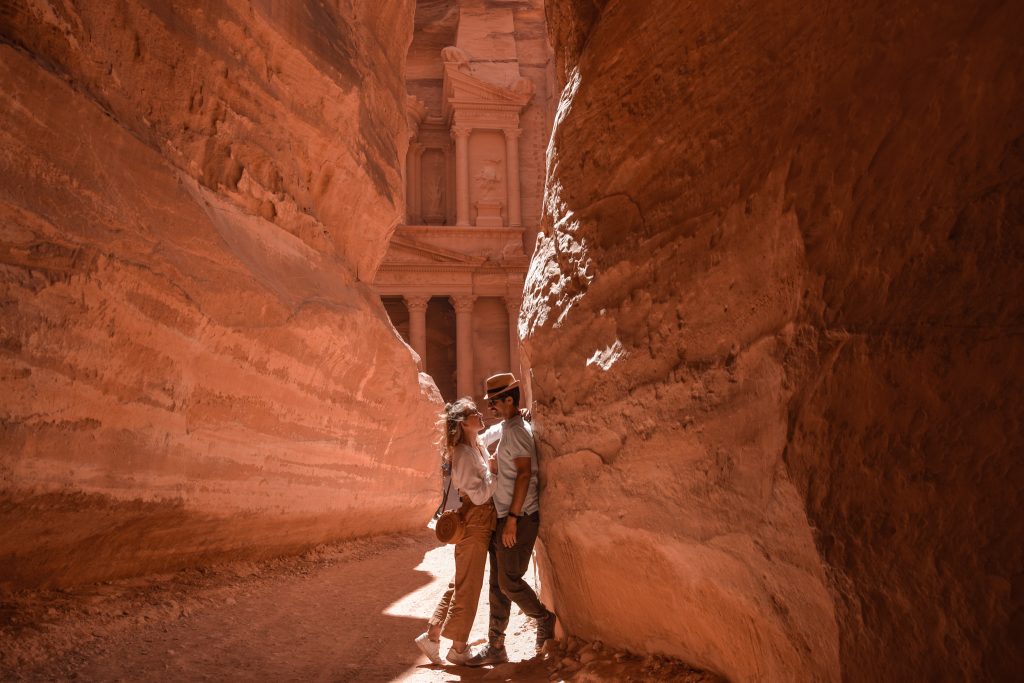 Those of you who enjoy hiking will definitely enjoy the adventure in Petra as it has many paths. You need to be prepared properly having chosen your routes prior arrival because there is no good signage, many times you just look for black arrows painted on stones!

The view of the Treasury from above is only possible by hiking. There are three options, one lasts for 10 minutes, the other one for 1 hour and the third one for 1.30 hour g and it is the one with the higher difficulty level. Guess which one we tried!

See here the map and all points of interest!

Trekking in Petra at points of interest

Get ready for a full day hiking, equip yourself with comfortable shoes, a hat and a good mood! We suggest you to get the Jordan pass option for two days if you have time or you will spend all day hiking in the area of Petra, like we did!

Services you will find in Petra 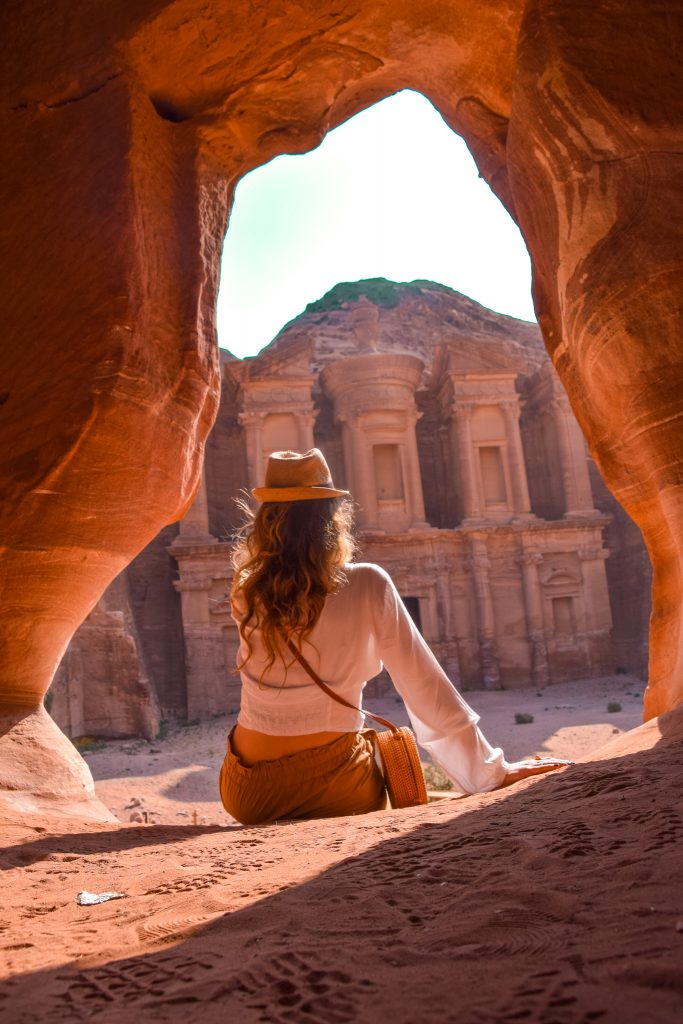 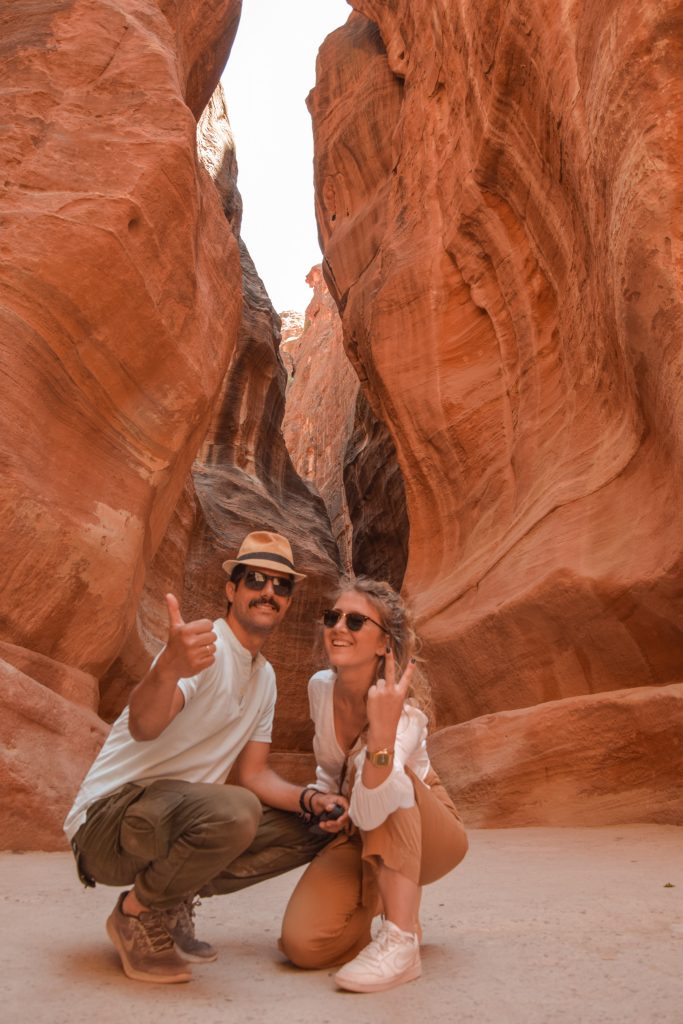 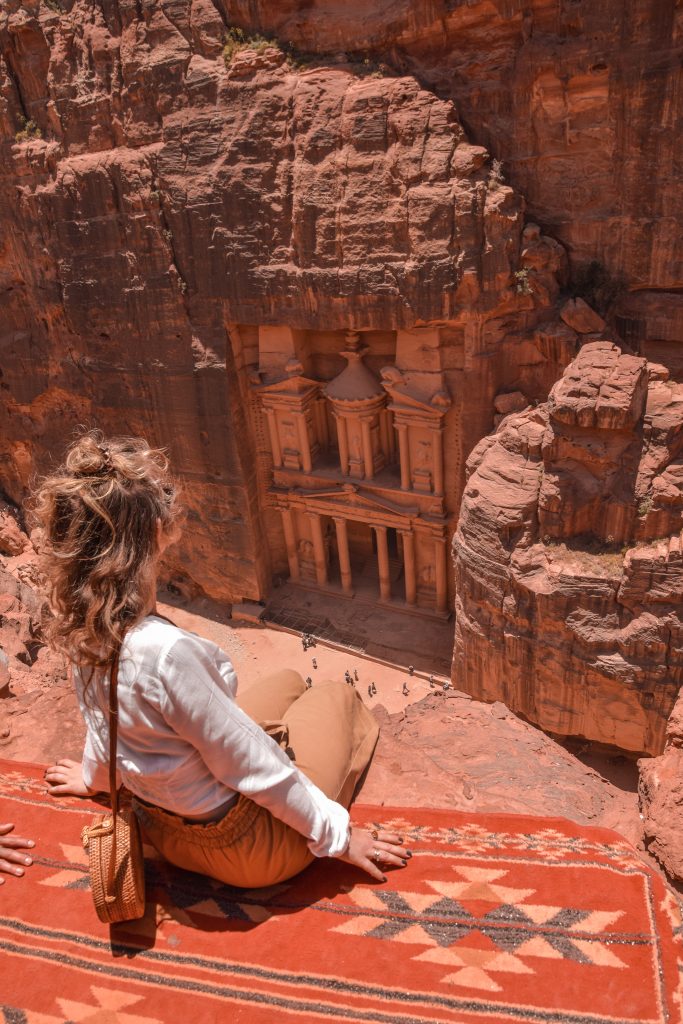 Petra by night and the candle show

On every Monday, Wednesday and Thursday you can enjoy Petra at night and a show with homemade candles! Personally we didn’t like it at all, it’s very expensive (17 JOD), it has no limited tickets, it’s not even a show, the audience keeps coming, making noise and photographing with flash for all the two hours that theoretically lasts the show And generally you don’t enjoy the monument at all, you just wait for the time to pass so that you leave. What we liked is the atmosphere during our entrance to the Treasury and hiking through Siq under the stars and not so much the candle show itself. For more information,  read here.

The first option is for those of you you who have a Jordan pass, for you the entrance to Petra is included. You simply choose between a day’s entry or two consecutive days. For the rest, the entrance fees start at 50 jod but they depend of some factors like if you are an accomodated traveller in Jordan for many days or not, so check out all options here.

To conclude, the exploration of Petra was a unique experience, certainly different from many other monuments that we have visited before. If you find yourself in Jordan do not miss to visit the red city!  Read the itinerary we created and followed, get ideas for light traveling because you do not need to carry much with you and prepare for one of the most amazing travels!

DNA TRAVEL – HOW TO REVEAL YOUR HERITAGE

ROADTRIP IN JORDAN – A TRIP TO THE MIDDLE EAST