LOS ANGELES THE CITY OF ANGELS

Los Angeles was the first stop of our US roadtrip!

We woke up at 6.00 am and in one day tried to explore the whole city! Did we make it? Read further to find out!

With some goodwill, luck, planning and Uber help, we started from Hollywood and headed to downtown Los Angeles. There we wandered at the highlights of LA, including Walt Disney Theater, the Bradburry Building, the Open Market where you can grab a cup of coffee and enjoy a good breakfast to keep you strong during the busy day, MOMCA and the Last bookstore (definetely a new post will be released)! 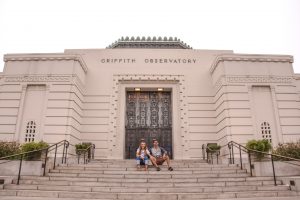 After we explored almost everything, have to admit that we were going kind of “fast forwardly”, we took an Uber ride again back to Hollywood and headed to the Walk of Fame, walking around the stars and finally got ourselves at the Dolby theater, the historic theater where the Oscar awards are hosted for the past years! 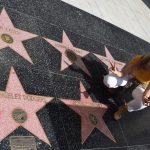 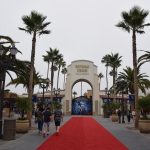 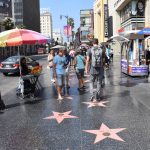 There you can find a small “bridge” that connects the two buildings of Dolby theater and take some views of the Hollywood sign! Actually there are a lot of spots for you to grab the perfect Hollywood sign photo and we ll share them with you later. Till then keep in mind that this sign is more than just nine white letters spelling out a city’s name it’s one of the world’s most evocative symbols, a universal metaphor for ambition, success, glamour for this dazzling place, industry and dream we call HOLLYWOOD. 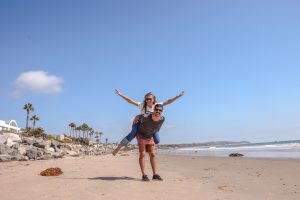 Then we visited the Chinese theater famous for the Hollywood stars’ handprints and foodprints and after we met some crazy Batmen, Catwomen, Elvises etc. we passed across the street to relax and enjoy a two-hour Hop on off Bus tour from Ride Proper Sightseeing. A two-hour tour from Hollywood to Beverly Hills and beyond (we also made a stop at the unique LACMA museum)! This ride was a good opportunity to take a quick and stress-free look at some Hollywood secrets and gossips! 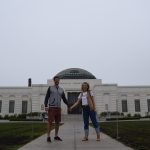 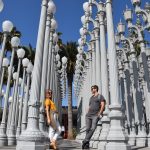 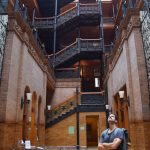 After we ve seen almost all of Hollywood, we headed on Uber to the seaside area of Santa Monica where the famous movie series Baywatch was shot!

So what’s the best way to explore Santa Monica? The right answer is… on bikes! We chose The Bike Center Santa Monica, the perfect place for the lovers of cycling, with years of experience and the values of promoting the culture of sustainable way travelling and environmentally friendly means of transport such are bikes!

Find out more about the new Santa Monica project for sustainable travel and our adventures there! 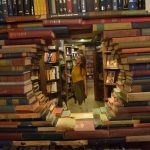 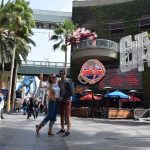 It is almost 20.00 pm and it is time to return to our hostel at the Walk of fame safely with an Uber cab, to a quite expensive, small and not that clean room, with shared bathroom, and bass sounds from the clubs but… honey this is Hollywood!

Next day will find us early in the morning ar Griffth Observatory the famous place where La La Land was filmed and after that our next stop will be at the Universal Studios, the studios where thousands of films have been filmed, we will tour in the sceneries, we will see the studios where even today productions and series are filmed and we will become kids again! Read more about Universal Studios!

PARK AROUND AIRPORTS, PORTS AND CITIES WITH DISCOUNT CODE

THE BIKE CENTER SANTA MONICA “WHY TAKE THE BIKE INSTEAD OF THE CAR?”