A trip to the controversial Russia, the largest country in the world, is something that for many seems distant, difficult, dangerous but at the same time charming and exciting! What happens to this aristocratic country that has experienced times of power and wealth on the one hand and poverty and isolation on the other? What has the modern history of Russia left for its capital, Moscow?

We combined the journey to Moscow with the one to St. Petersburg for which we will write you of course a next article (impossible to fit them both in just a few lines), but in the case you can only visit Moscow, lets find out more.  The trip to Moscow is so much easier than you can imagine! First of all, Russia is a large European country and is indeed very close to Greece. In recent years access is very easy and affordable! 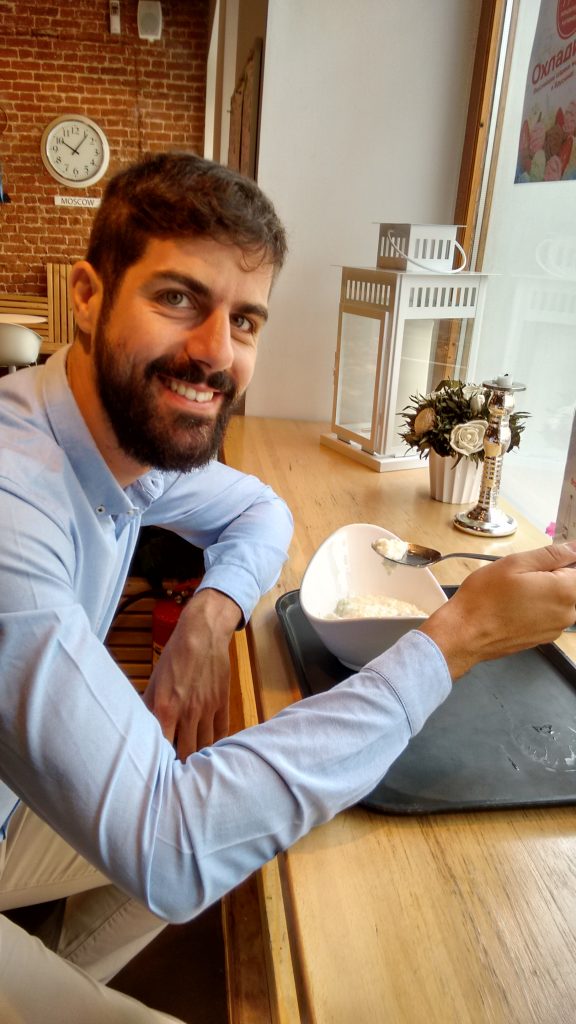 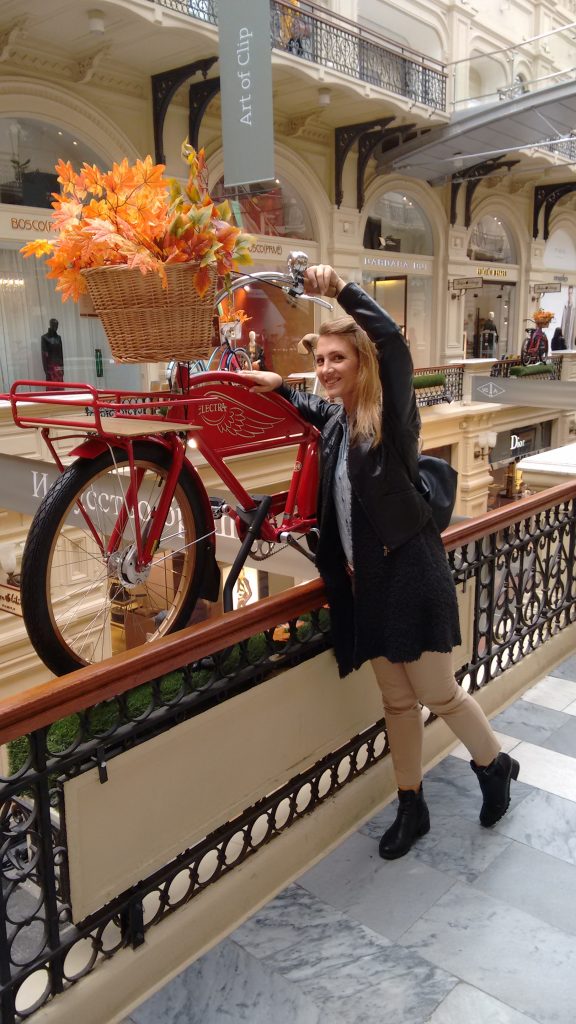 How and when to travel to Moscow

In Moscow you will arrive by air from Athens, Thessaloniki, Kavala and why not from Sofia airport! Airline tickets can found on average at about €150 but for economy enthusiasts you can travel through Bulgaria even with €30 return tickets trip (as long as you keep track of the airline offers often). It goes without saying that in the winter months tickets are cheaper but we do not recommend winter trip because you will not be able to enjoy the beauties of Moscow at-40 points! Prefer months such as May or September. But always keep in mind that even then there will be enough cold. 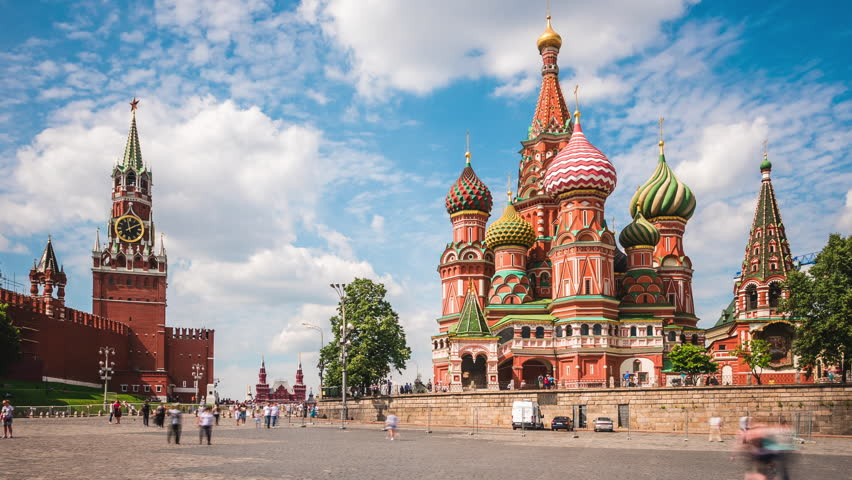 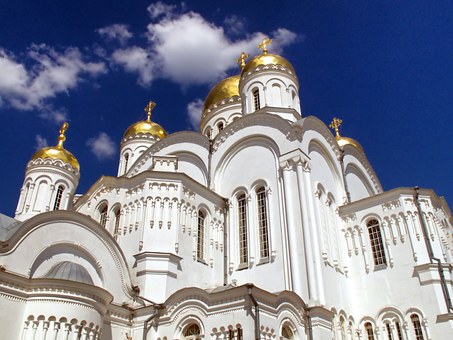 What you can do and what to see in Moscow

The most striking point of Moscow is none other than the magnificent Red Square! It is a huge square that emits power thanks to its deep red color. At the same square stands the fairytale Cathedral of St. Basil the most famous temple of Russian Orthodox tradition. Moving on to the square you will visit the Kremlin, which has been the centre of Russian political power for several centuries and has been a centre of Soviet power once! In the same square you will visit Lenin’s mausoleum and the huge, luxurious Gkoym department store. In this area we will recommend other places of interest, gardens, squares, the Bolshoi etc. There’s just so much to write that it simply doesn’t fit in a single article! We will tell you how to visit the Moscow Space Museum as well!

The food is also a huge chapter and here we can help you since we have a personal opinion because of the half origin of Olga! We reemphasize that all food even in restaurants in central places is very very cheap! You will definitely try Piroshki in various variants with potato, cheese, egg etc., Barenika with potato or minced meat, pelmeni (tortellini) and Soups! Our beloved one is called Borsch and you will find it with less than €1 in all the restaurants in Moscow! It goes without saying that there are known fast food chains but of course… The decision is yours! Coffee and even a cup of tea in Russia can be found everywhere even in outdoor vehicles! In the streets you will corn that is a favorite dietary habit-delicacy of the Russians, and you will see them enjoying it in the many parks you will meet as you exploring the the city! Finally do not forget to try vodka! Authentic Russian and of course very cheap vodka! 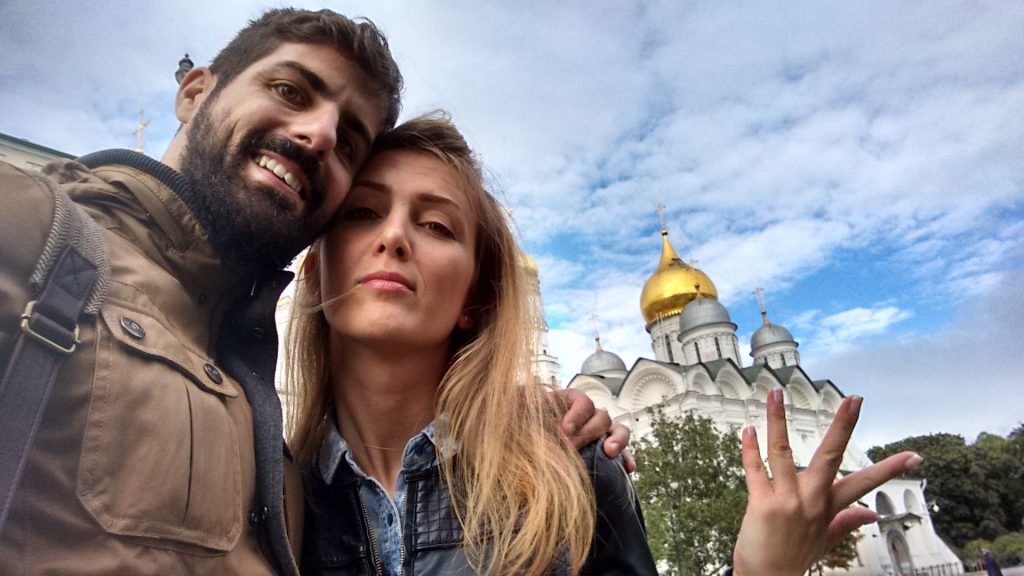 Ah, here we are talking about an entire history, an underground museum that reaches 18 floors below the earth. We refer of course to the Moscow Metro which is one of the oldest metro in the world and has one of the largest networks worldwide. You may have heard the quiz? What is the largest and cheapest museum in Moscow?  And yes, it’s the subway! The Moscow metro will just love it! It has infinite stops, it is very fast, almost every 1 minute comes a train, it is very very economical, has Internet (well read… It has internet 18 floors under the earth) and you can spend endless hours from station to station as it is an underground museum full of history and art! Statues, paintings, mosaics and countless exhibits suggesting the greatness that this city once lived!

Staying in Moscow as strange as it may seem is too cheap, at least for European citizens it certainly is. Russia’s currency of ruble has deteriorated quite a bit in recent years, resulting in a loss of power over strong currencies like euro! Searching through the known platforms we use and we have written to you in our previous article, you will find both hotels and cheap apartments around the center at very good prices! Do not be afraid of distances if you find cheaper accommodation because you will be moving with the incredibly economical metro of Moscow, fearlessly and especially quickly throughout the city and its surroundings!

What to buy as a souvenir

Matrioskes! The famous dolls that are enclosed in each other, are typical examples of Russian folk art!

Cost of travel for one week?

We’ll tell you in the next article along with the trip to St. Petersburg, keep in mind that the price will surprise you… Positively!

OUR TRAVEL RESOURCES TO PLAN YOUR TRIPS