The nostalgic and historic really really long Route 66, also called U.S. Route 66 or U.S. Highway 66 is probably the most famous highway all around the world!

Route 66 extends from Chicago to Los Angeles (Santa Monica) and was the main east-West motorway in America for most of the 20th century while it was left in history thanks to a song that had been interpreted among others by the Bob Dylan! 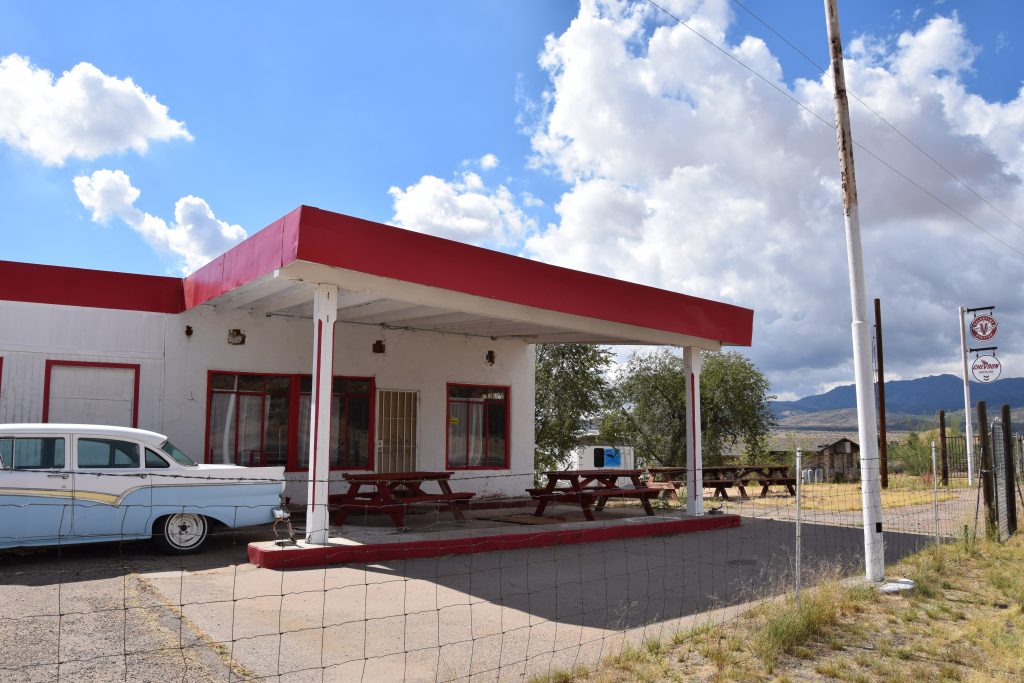 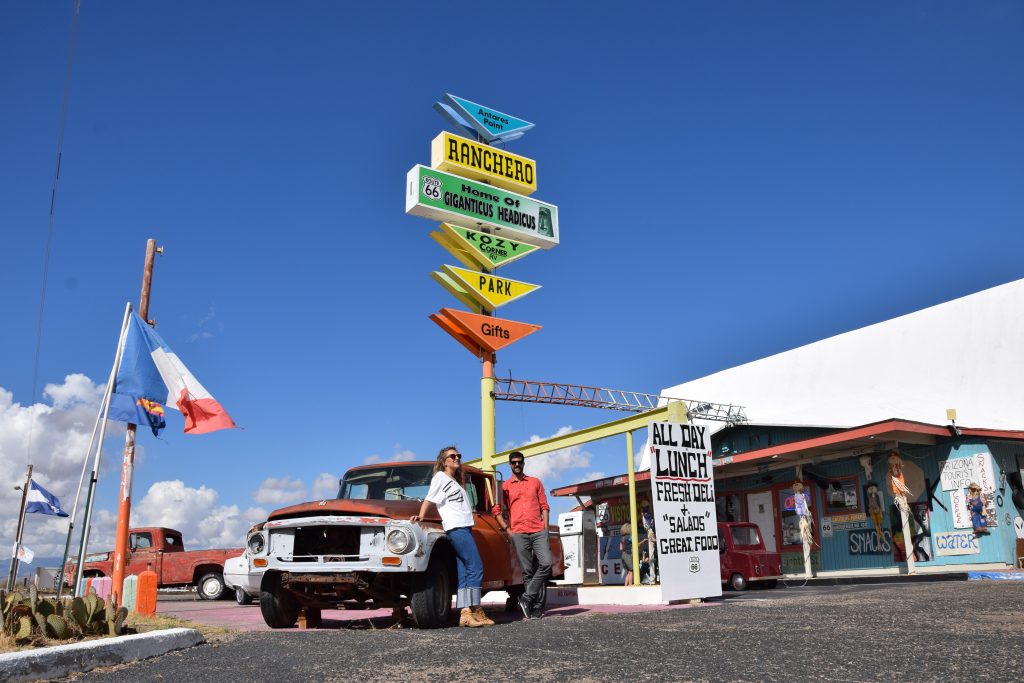 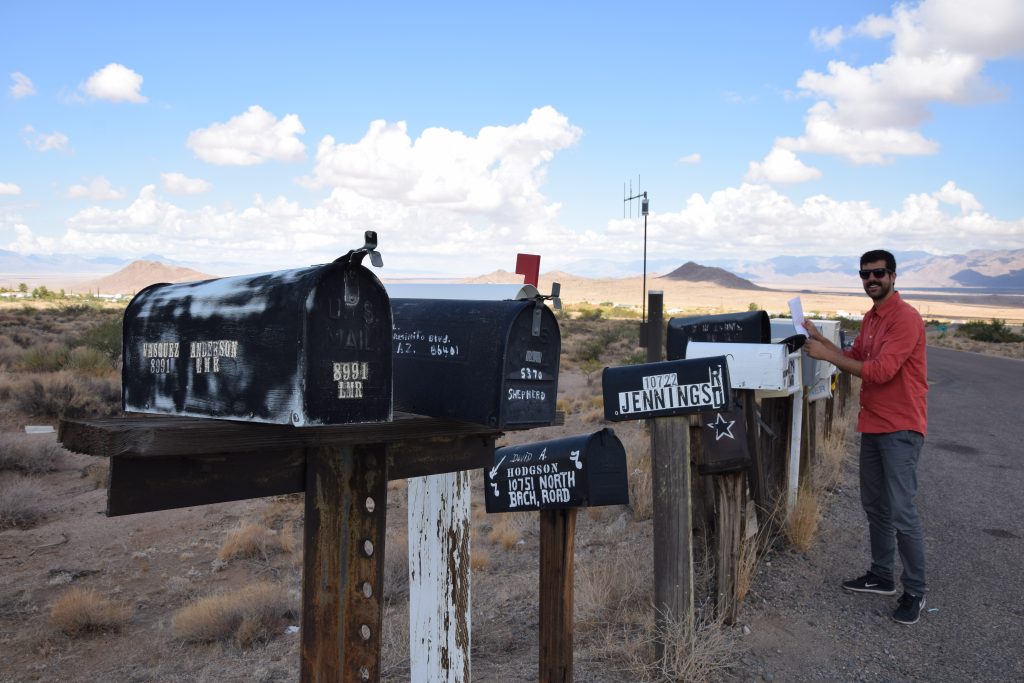 Over the years, US 66 received many nicknames. Right after US 66 was commissioned, it was known as “The Great Diagonal Way” because the Chicago-to-Oklahoma City stretch ran northeast to southwest. Later, US 66 was advertised by the U.S. Highway 66 Association as “The Main Street of America”. The title had also been claimed by supporters of US 40, but the US 66 group was more successful. In the John Steinbeck novel The Grapes of Wrath, the highway is called “The Mother Road”, its prevailing title today. Lastly, US 66 was unofficially named “The Will Rogers Highway” by the U.S. Highway 66 Association in 1952, although a sign along the road with that name appeared in the John Ford film, The Grapes of Wrath, which was released in 1940, twelve years before the association gave the road that name. A plaque dedicating the highway to Will Rogers is still located in Santa Monica, California.

Migrant farmers from the time of the great crisis called him a mother road and followed him west to California. Today the biggest piece left by the original Route 66 is in Arizona and is a hymn of nostalgia for those who want to discover a purest ERA! 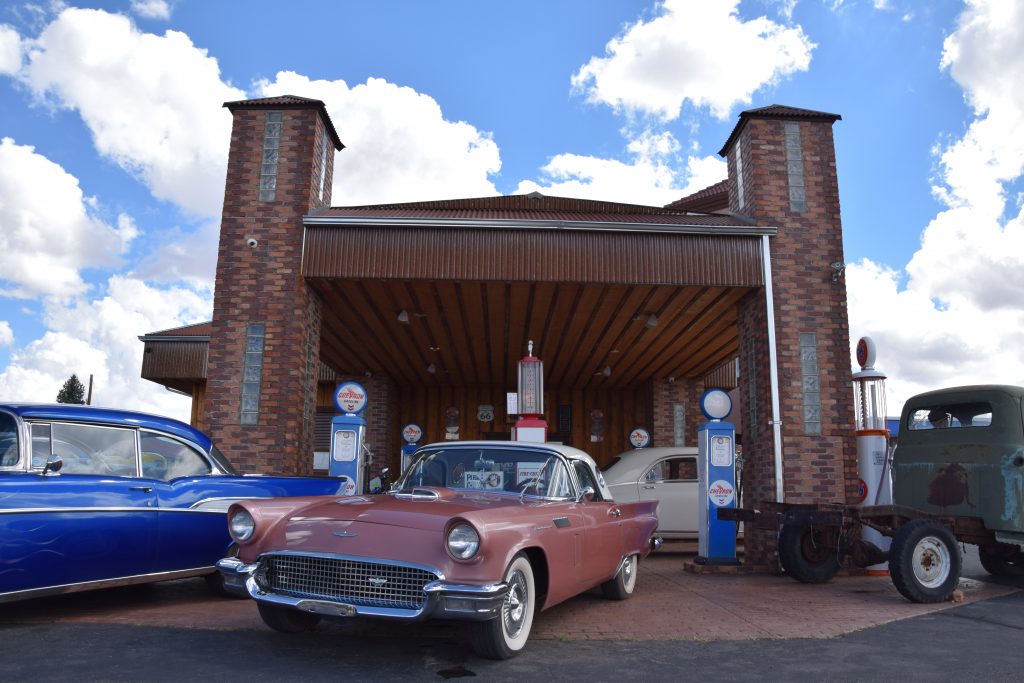 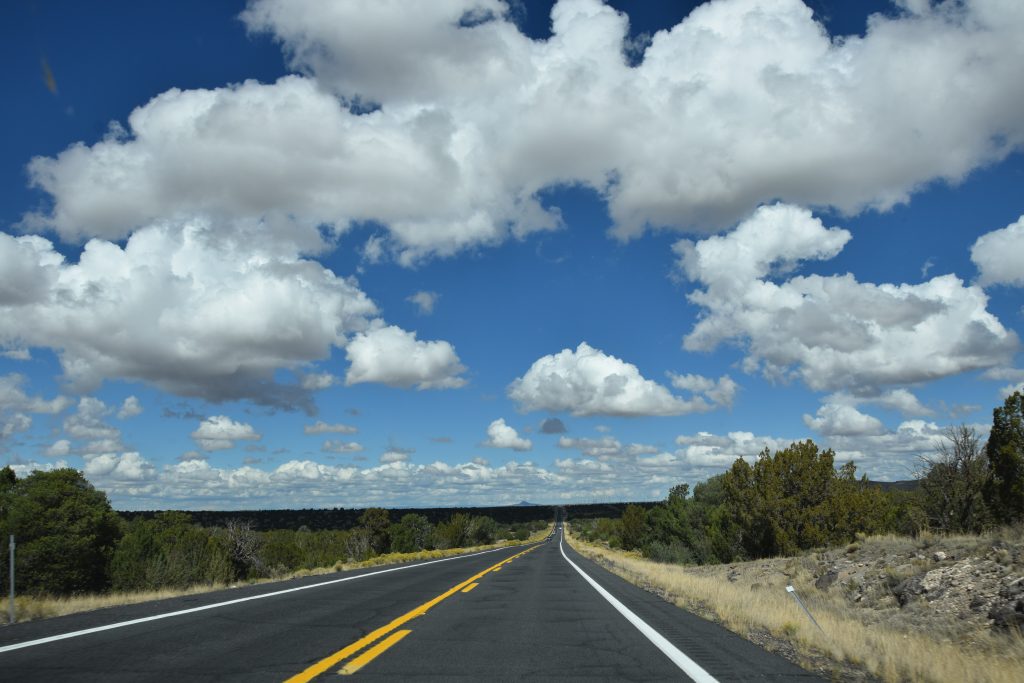 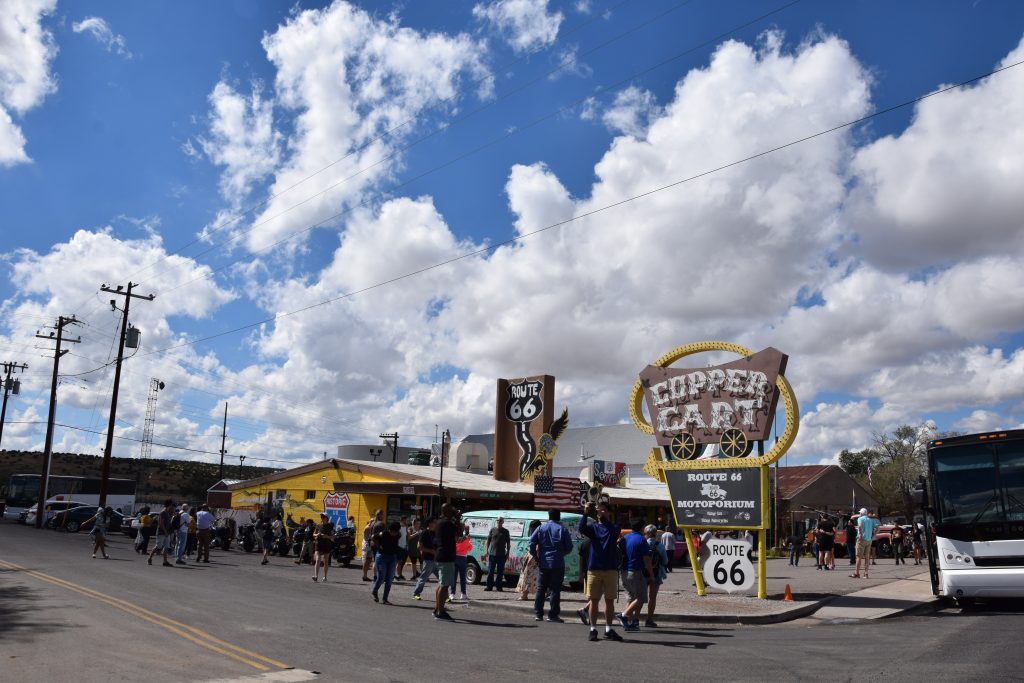 On the main streets of Holbrook, Flagstaff and Williams cities there are still motels and restaurants with classic style Route 66 in a more tourist version though!

You can drive all year round on Route 66 but due to temperature we would suggest early spring or autumn that we went, especially for you who want to explore and the surrounding areas and valleys! Surely the program is always interwoven with the cost and time but certainly between 3-5 days in terms of the Arizona area, you will be able to see all the main sights of the wider region!

The distances are too long so get equiped with plenty of water, offline maps and of course make good prediction of petrol as well as the supply points, gas stations!

And since the classic Route 66 is so antiquated that it s not even used a lot by Americans, be careful coz your GPS may not find the route 66, so make sure you have it correctly located on your maps before travelling! 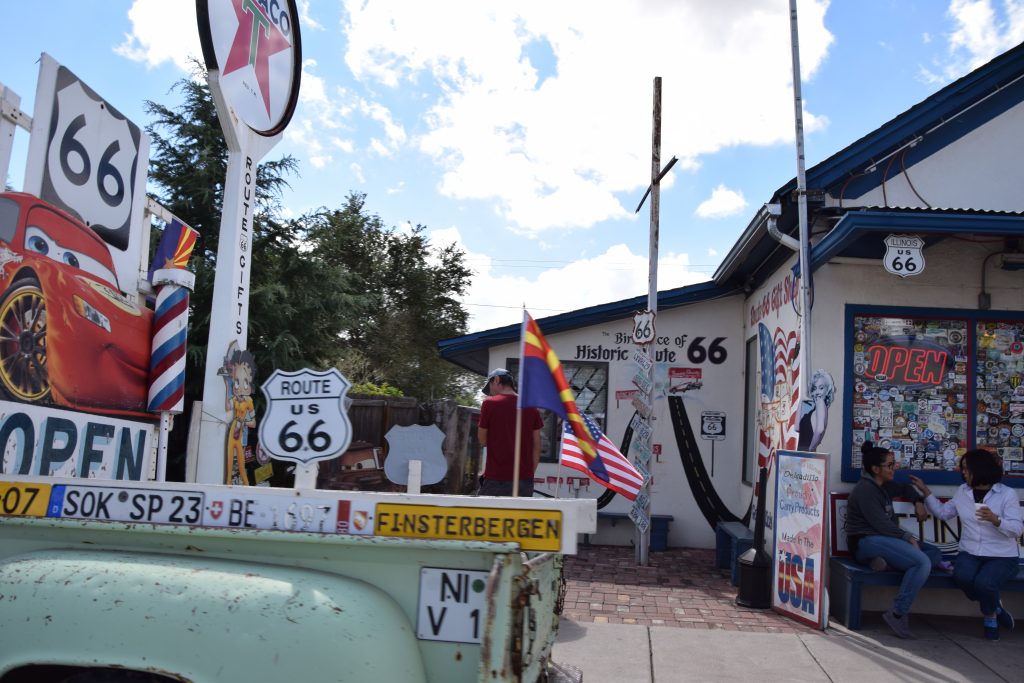 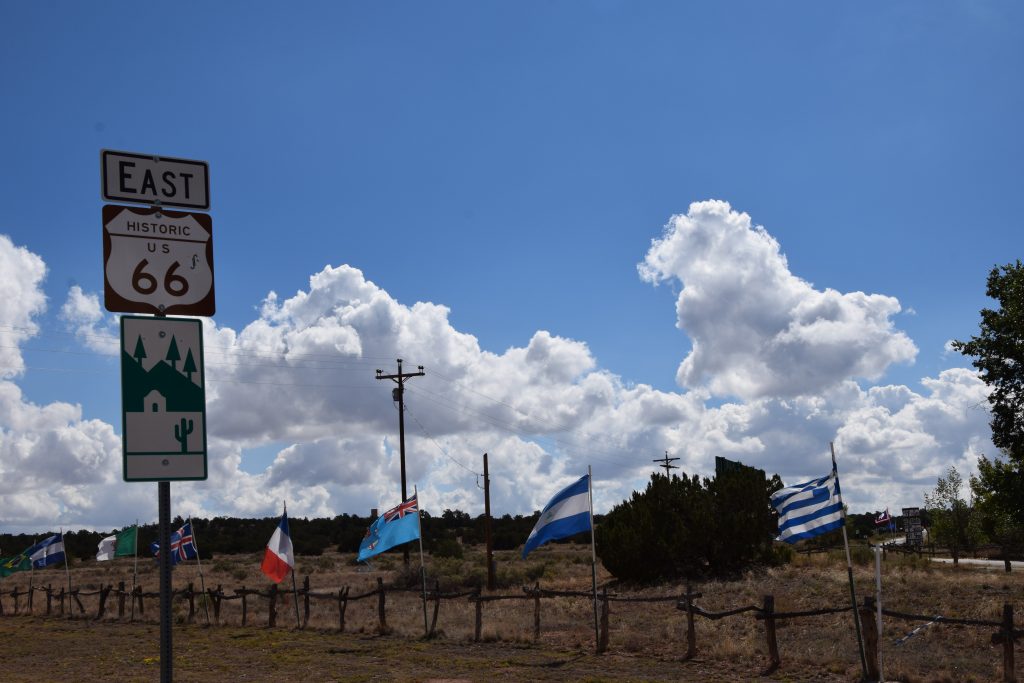 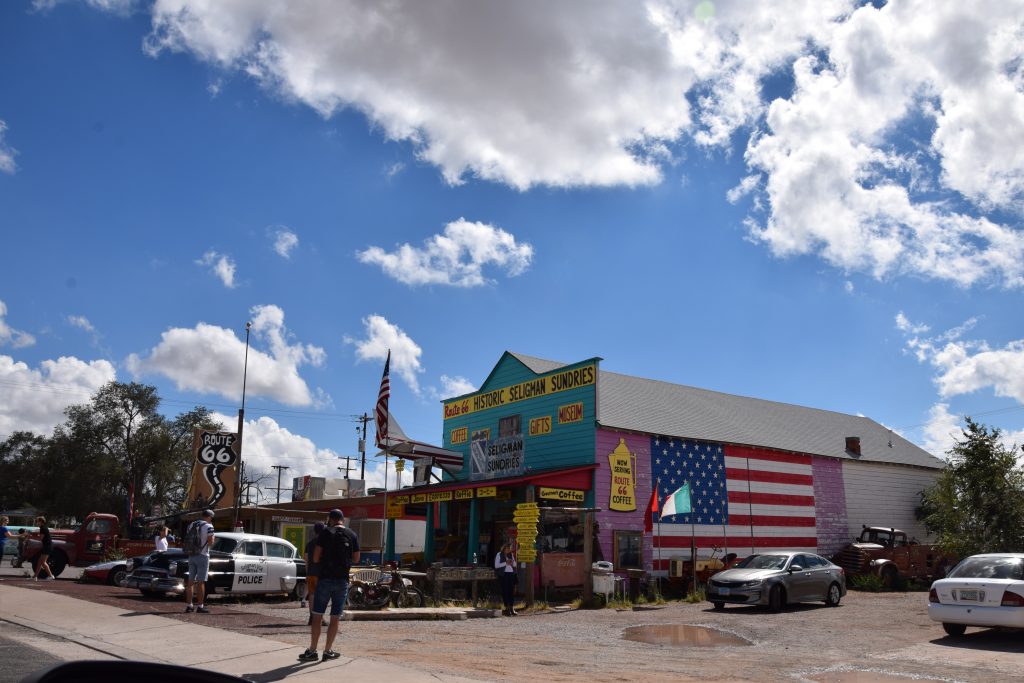 From the main sights of Route 66 beyond the roadside motels, there is the spectacular Grand Canyon! Moreover while driving you ll get the chance to meet many spots of historic gas stations, cafes and motels! Many private individuals, organizations, and towns have preserved portions of the roadway, businesses that throve on it, or collections of memorabilia. Its like travelling through time machine guys really! The colours, the signs… everything looks like the old glory days of Route 66!

You can also search for Indian scene type accommodation for a more Native American experience or even a camping experience for the most adventurous ones!

Basically if you choose to stay in the Arizona area only, you will only enjoy a part of the route 66 and not the whole obviously! It needs a lot of patience to reach the east Coast!

ONE DAY IN YOSEMITE PARK – WHAT TO DO

THINGS TO DO AND SEE IN BUDAPEST