To be honest this is not like the ideal topic for our blog but when it comes to New York city we cannot avoid to mention the most instagrammable spots of this incredible city! So many places, amazing highlights and spots worldwidely known, interesting buildings, bridges, neighborhoods and so many attractive districts, all ready to be discovered by you!

Just a small piece of advice: while traveling try to respect the locals’ every day life! Dont overeact or become a fool just for a selfie… we can assure you that there are so many ways of enjoying a view without being annoying! 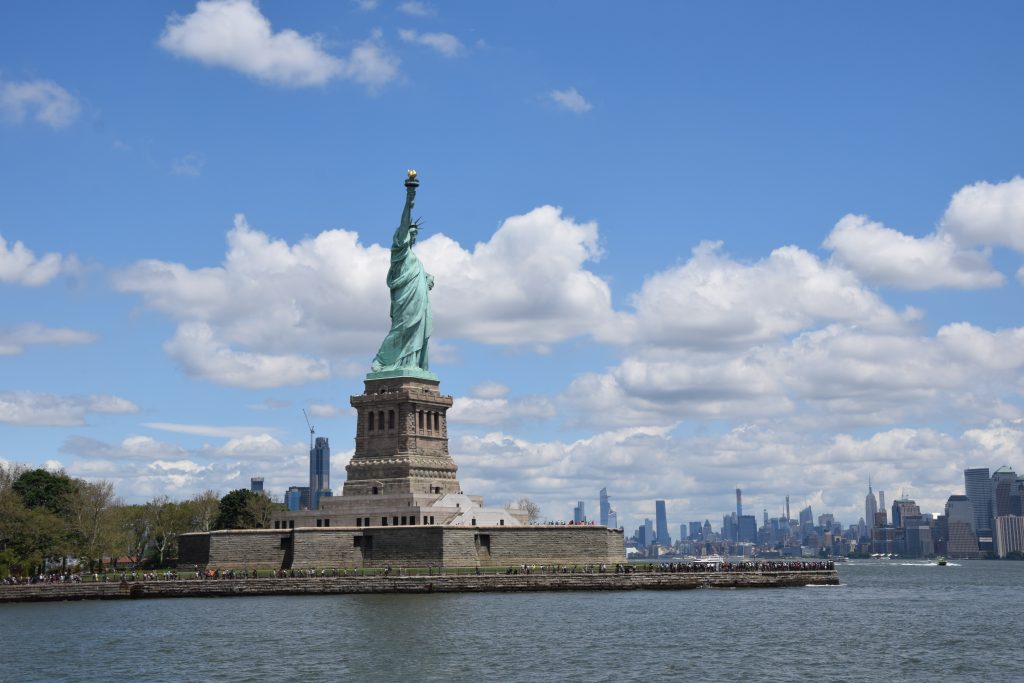 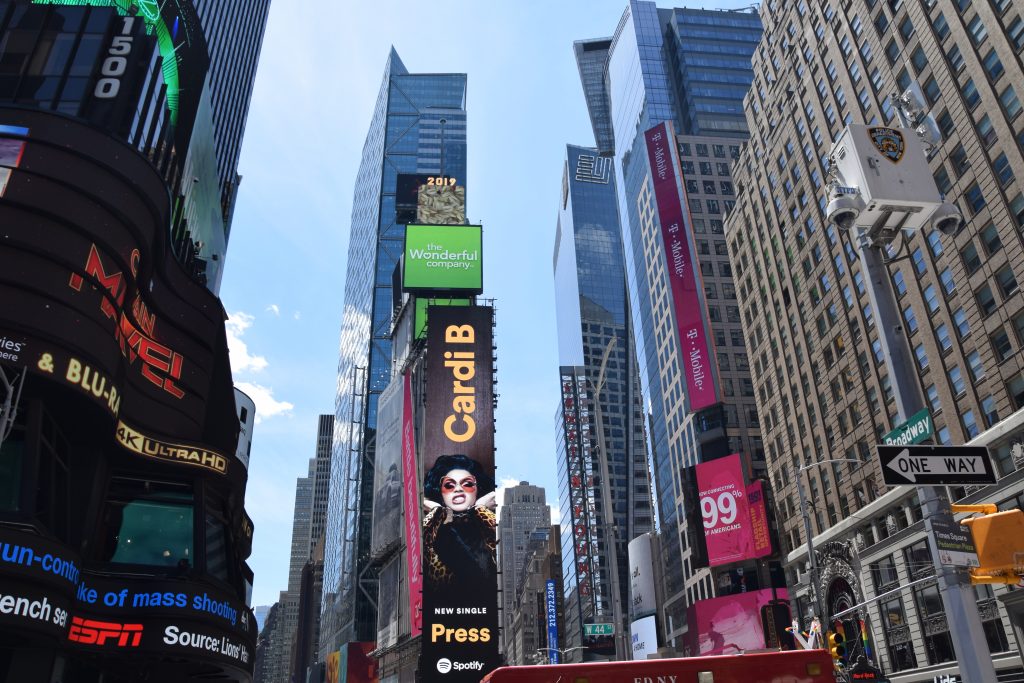 So, here are the 33+1 most instagrammable spots in New York City

1 Times square is a major commercial intersection, tourist destination, entertainment center and neighborhood in the Midtown Manhattan section of New York City. Brightly adorned with billboards and advertisements, Times Square is sometimes referred to as “The Crossroads of the World” “The Center of the Universe”, “the heart of The Great White Way“, and “the heart of the world”. One of the world’s busiest pedestrian areas, it is also the hub of the Broadway Theater District and a major center of the world’s entertainment industry.Times Square is one of the world’s most visited tourist attractions, drawing an estimated 50 million visitors annually.

2 American museum of natural history 23usd 10.00am -17.45pm Includes admission to all 45 halls and the Rose Center for Earth and Space but does not include special exhibitions, giant-screen film, or Space Show. Pay-what-you-wish admission is available only at ticket counters, where the amount you pay is up to you! 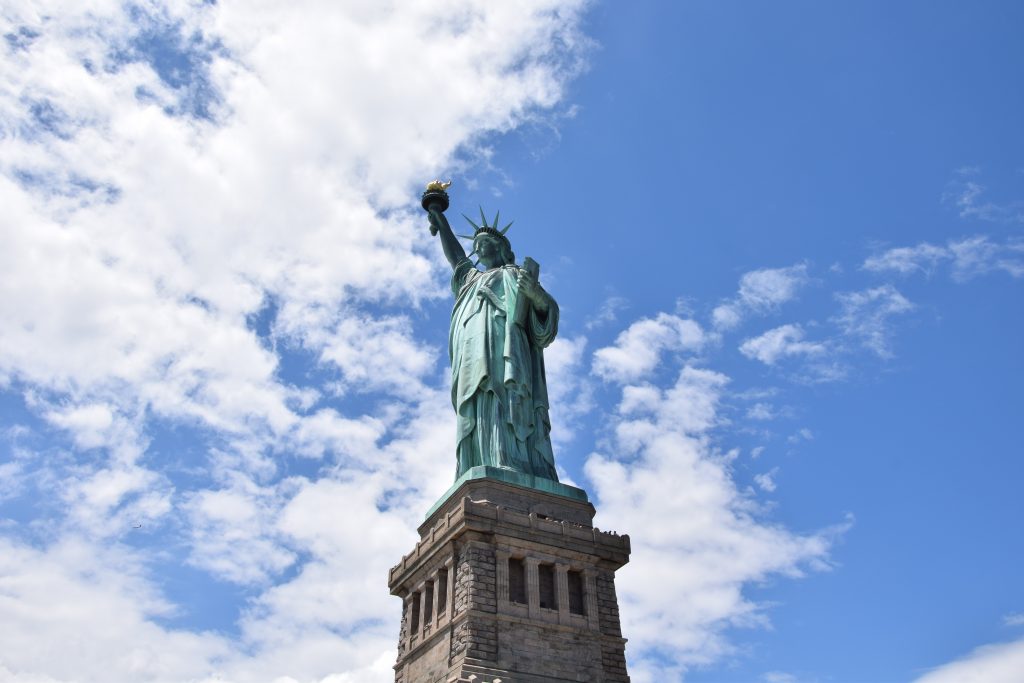 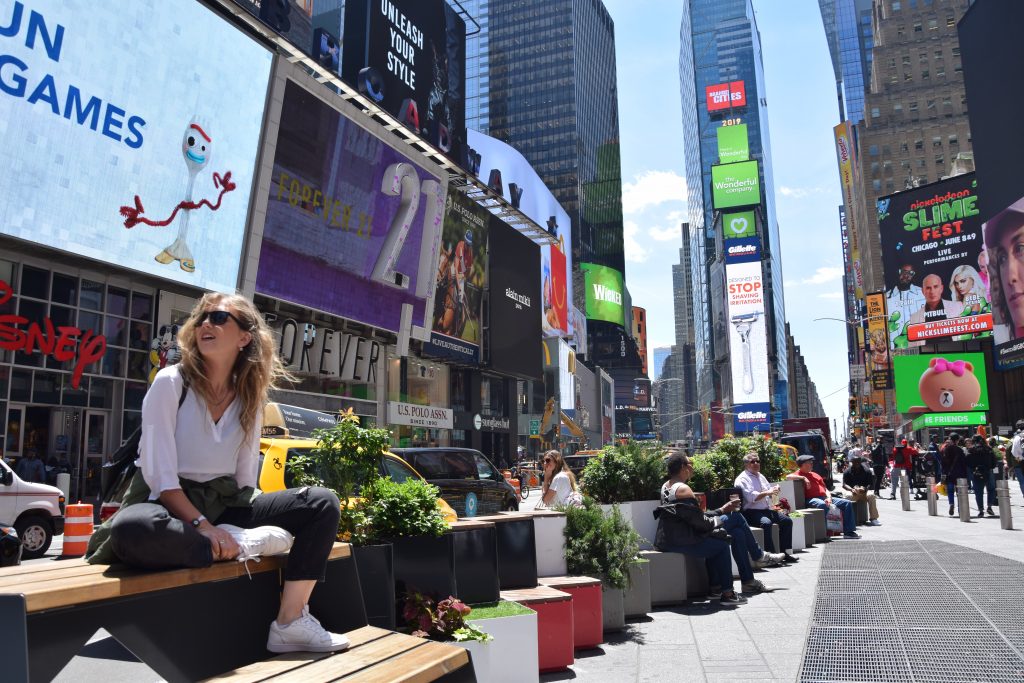 3 The Statue of Liberty is a universal symbol for freedom given to the United States on October 28, 1886 as a gift from the people of France. The statue was designed by Frederick Bartholdi, a French sculptor, and framed by Gustave Eiffel, the same gentleman who designed the Eiffel Tower. Today, the statue is visited by millions of people a year and continues to remain an icon for freedom as well as a welcoming symbol to immigrants arriving to America.

4  Ellis Island, also known as the ‘Island of Hope and Tears’, was the largest gateway for millions of immigrants looking for a new beginning and a new life for their families in America. Ellis Island was once America’s busiest immigration station that operated for over 62 years (1892 until 1954) and saw millions of people from around the world. Today, Ellis Island Immigration Museum Wall of Honor hosts 700,000 names inscribed on the wall of many who once passed through the island. Million of visitors travel to the island by Statue Cruises to explore one of America’s greatest historical sites

5 Flatiron building one of the most iconic buildings of New York city!

6 High line the perfect place for pedestrians and offers plenty of spots for urban selfies from the above! 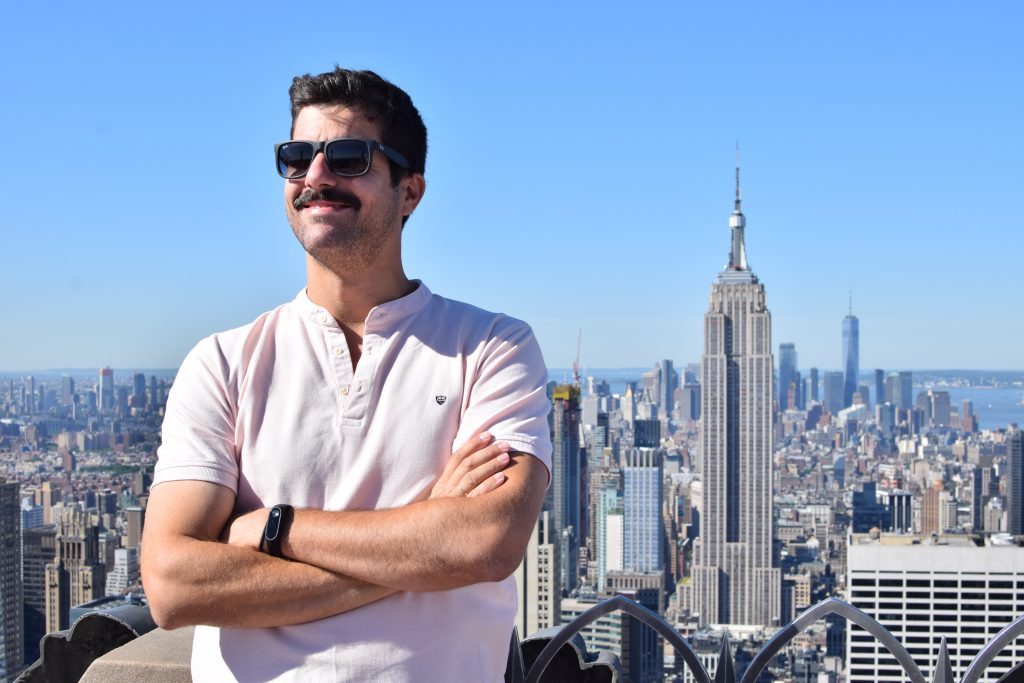 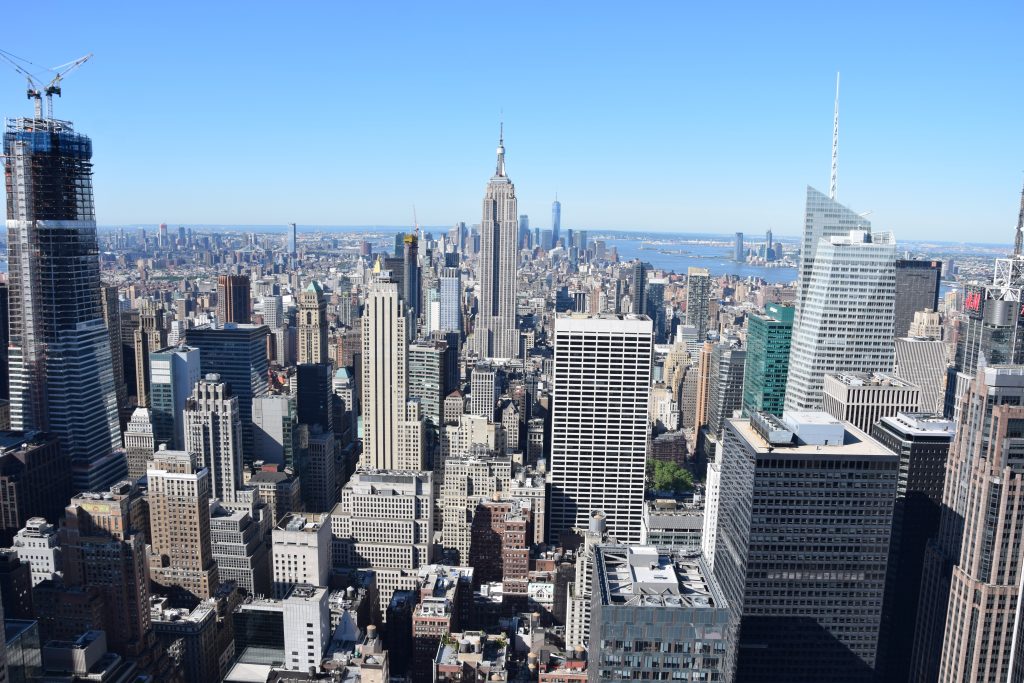 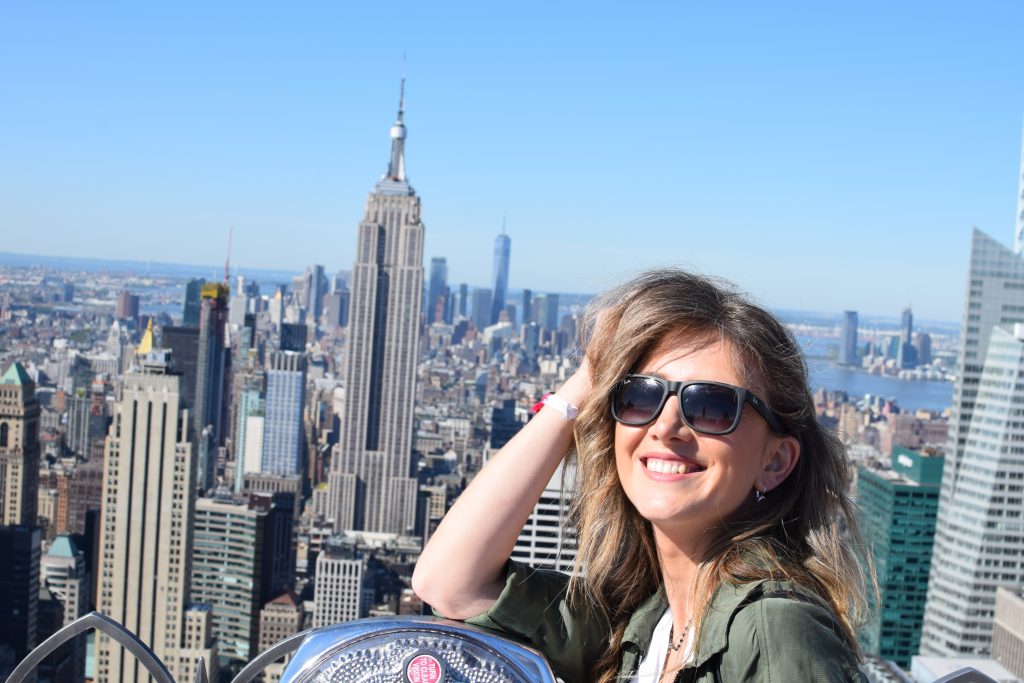 8 Greenwich village is one of the most picturesque neighborhoods in New York.

9 Washington square park try taking a photo with the Empire state building in it!

11 Brooklyn Bridge The Brooklyn Bridge is a hybrid cable-stayed/suspension bridge in New York City and is one of the oldest roadway bridges in the United States. Started in 1869 and completed fourteen years later in 1883, it connects the boroughs of Manhattan and Brooklyn, spanning the East River.

12 Manhattan bridge is a suspension bridge that crosses the East River in New York City, connecting Lower Manhattan at Canal Street with Downtown Brooklyn at the Flatbush Avenue Extension. The main span is long, with the suspension cables being long. The bridge’s total length is. It is one of four toll-free bridges spanning the East River, the other three are the Queensboro, Williamsburg, and Brooklyn Bridges

13 Battery park is a public park located at the southern tip of Manhattan Island in New York City facing New York Harbor. The park and surrounding area is named for the artillery batteries that were positioned there in the city’s early years to protect the settlement behind them. 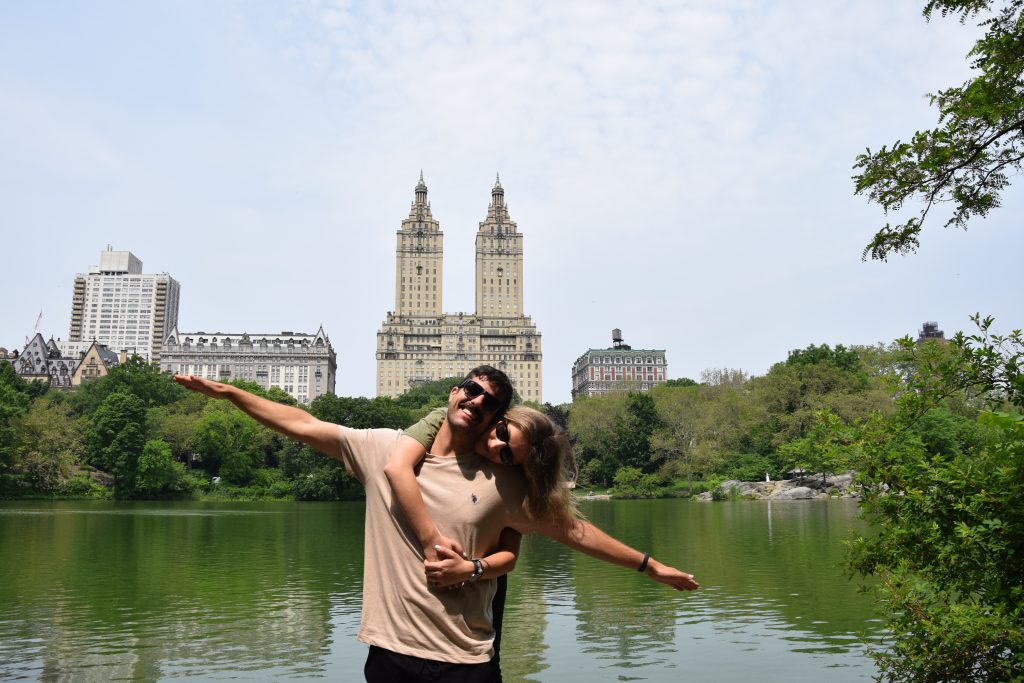 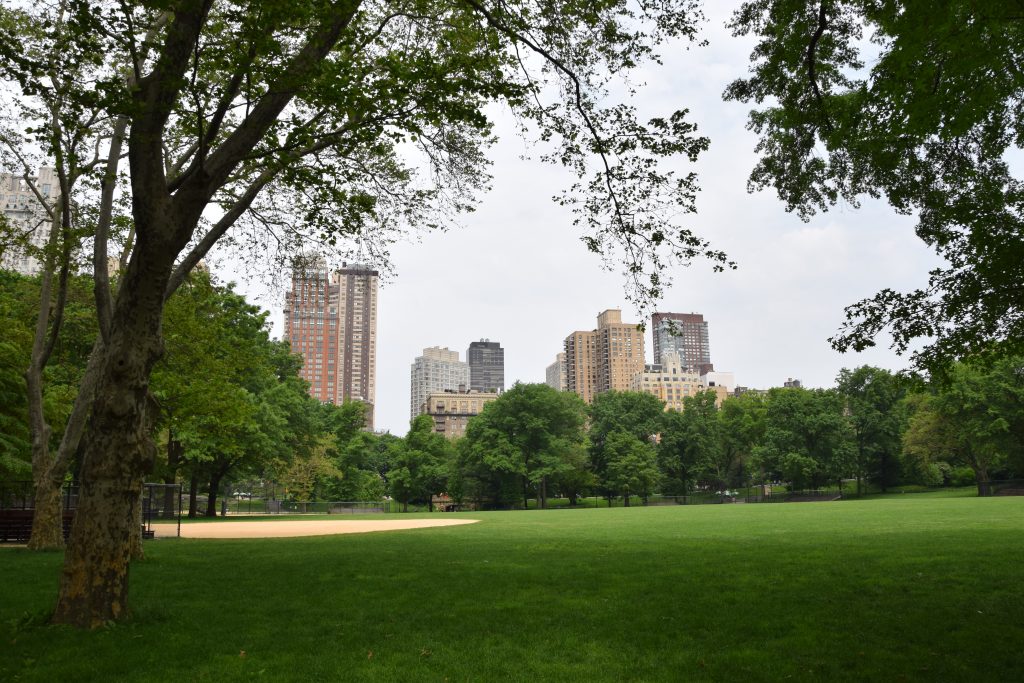 14 Central park  is an urban park in Manhattan. It is located between the Upper west and east side of Manhattan! Central Park is the most visited urban park in the United States, with an estimated 37–38 million visitors annually, and one of the most filmed locations in the world. In terms of area, Central Park is the fifth largest park in New York City, covering 843 acres (341 ha). Main attractions of the park include the Ramble and Lake; several amusement attractions including Wollman Rink, Central Park Carousel, and the Central Park Zoo; Sheep Meadow; the Central Park Mall; Bethesda Terrace; the Jacqueline Kennedy Onassis Reservoir; and the Delacorte Theater that hosts Shakespeare in the Park programs in the summertime. The park also has sports facilities, including the North Meadow Recreation Center, basketball courts, baseball fields, and soccer fields.

15 Top of the rock observatory [56 usd sun and stars twice a day – 41,5 usd plain ticket only scheduled tickets (or wait in lines in order to get one) 8.00-00.00 ]. The main entrance to Top of the Rock is located on 50th Street between Fifth and Sixth Avenues. Look for the big red carpet marking the entrance on the south side of the street. A second entrance is located on the Concourse level of 30 Rockefeller Plaza. There are three levels of observation decks to explore at Top of the Rock. The first deck includes the Radiance Wall and our gift shop. The second, featuring the Breezeway, is entirely outdoors. The third observation deck, located on the 70th floor open-air roof deck, is completely outdoors and free of a glass enclosure, making it perfect for photos.

16 Rockfeller Building Ascend 70 floors into the sky and take in sweeping 360 degree city views from the three indoor and outdoor viewing decks (32-38 usd 8.00-12.00am). The 14 original Art Deco buildings, commissioned by the Rockefeller family, span the area between Fifth and Sixth Avenues, split by a large sunken square and a private street called Rockefeller Plaza. Five International Style buildings, built later, are located on the west side of Sixth Avenue and at the north end of Rockefeller Plaza.

17 NY Stock exchange Wall street 8 block long NY financial district, financial enterprises, home of NY stock exchange The New York Stock Exchange (NYSE, nicknamed “The Big Board“) is an American stock exchange located at 11 Wall Street, Lower Manhattan, New York City, New York. It is by far the world’s largest stock exchange by market capitalization of its listed companies at US$30.1 trillion as of February 2018. The average daily trading value was approximately US$169 billion in 2013. The NYSE trading floor is located at 11 Wall Street and is composed of 21 rooms used for the facilitation of trading. A fifth trading room, located at 30 Broad Street, was closed in February 2007. The main building and the 11 Wall Street building were designated National Historic Landmarks in 1978.

18 Charging Bull which is sometimes referred to as the Wall Street Bull or the Bowling Green Bull, is a bronze sculpture that stands in Bowling Green in the Financial District in Manhattan, New York City. Originally guerrilla art, installed unofficially by Arturo Di Modica its popularity led to it being a permanent feature 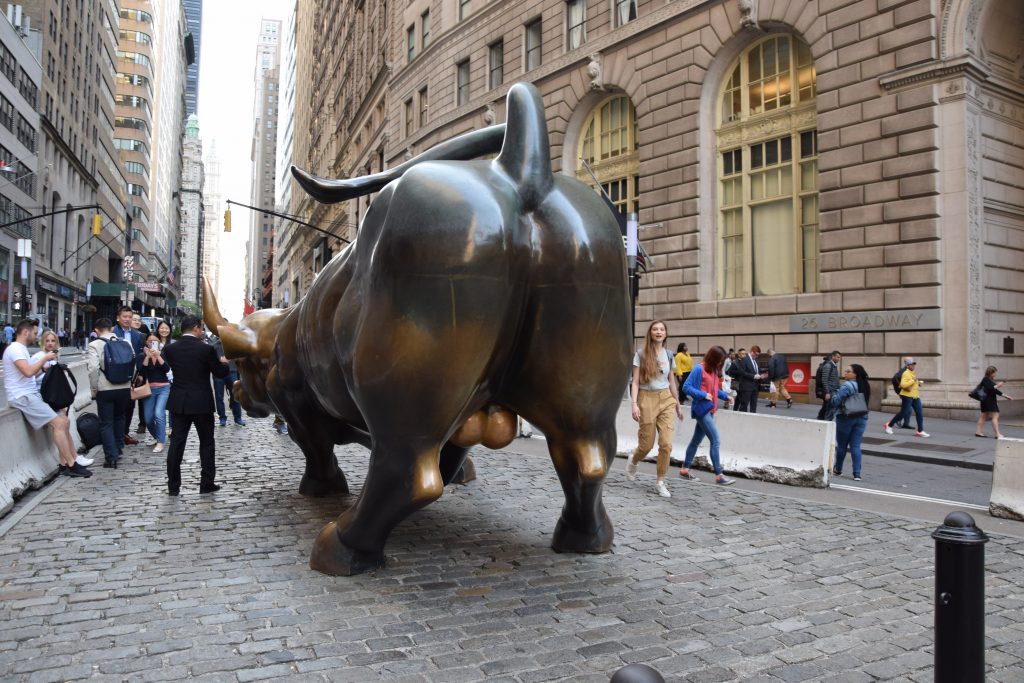 20 MOMA (25usd 10:30 a.m.–5:30 p.m.) Open seven days a week The Museum of Modern Art (MoMA) is an art museum located inMidtown Manhattan. MoMA plays a major role in developing and collecting modernist art, and is often identified as one of the largest and most influential museums of modern art in the world. MoMA’s collection offers an overview of modern and contemporary art, including works of architecture and design, drawing etc.

21 Trump tower Designed by world-renowned architect Der Scutt in 1983, Trump Tower has been a staple in the New York City skyline for over 30 years. Rising 68 stories over Fifth Avenue’s most desirable intersection, Trump Tower houses 263 residences unrivaled in quality, as well as one of the city’s most ornate atrium and shopping spaces. Once the tallest all-glass structure in New York City, Trump Tower offers residents not only a reputation, but homes that capture unobstructed views of Central Park, Midtown Manhattan, and Downtown Manhattan. 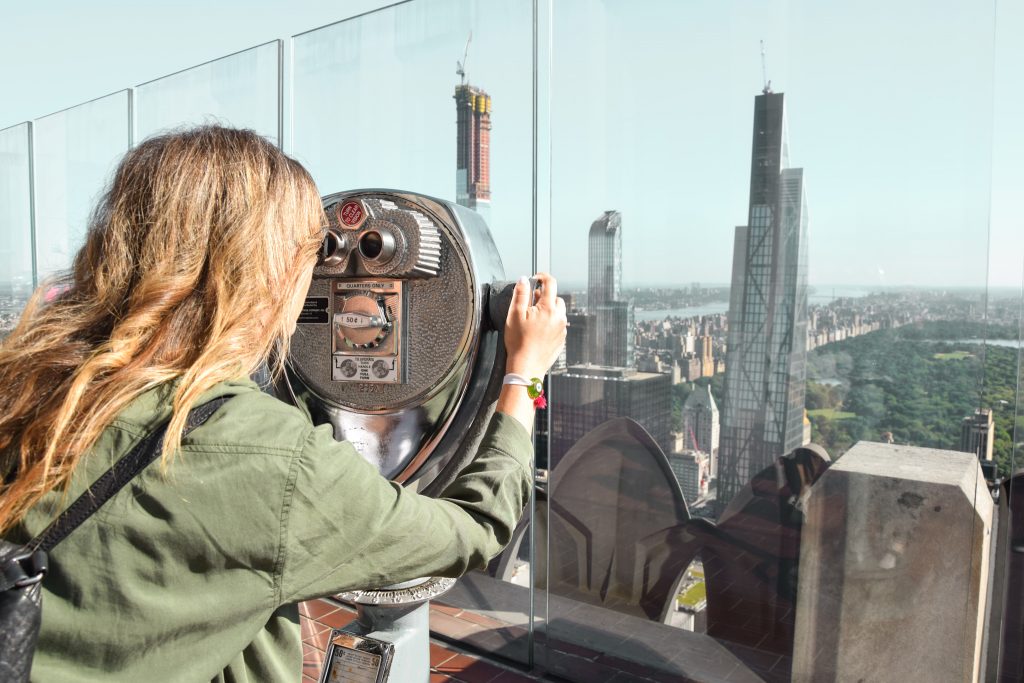 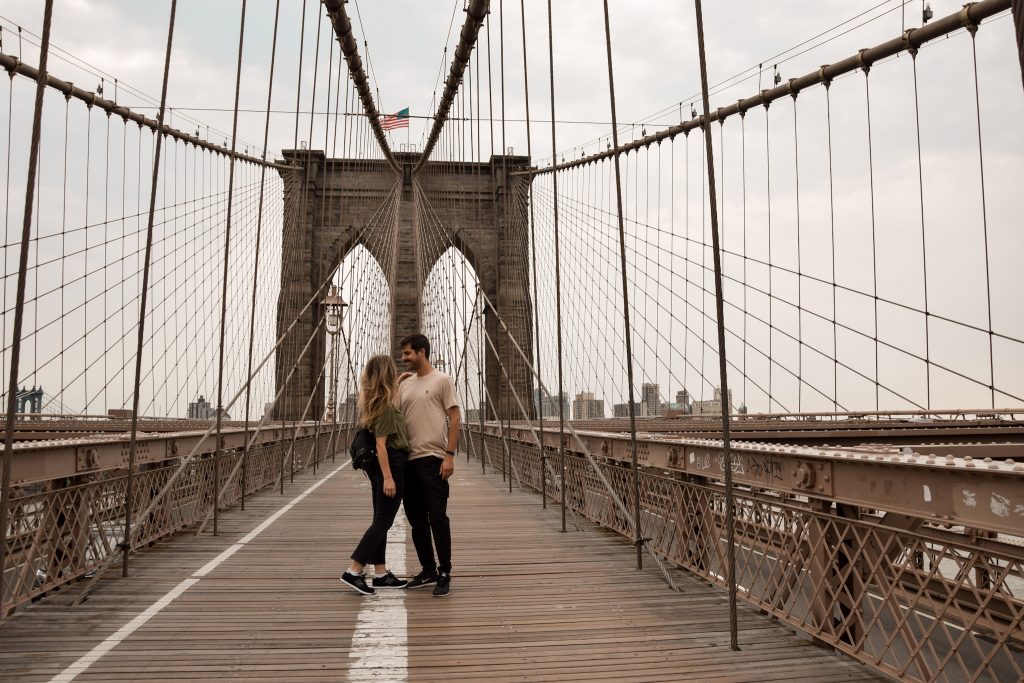 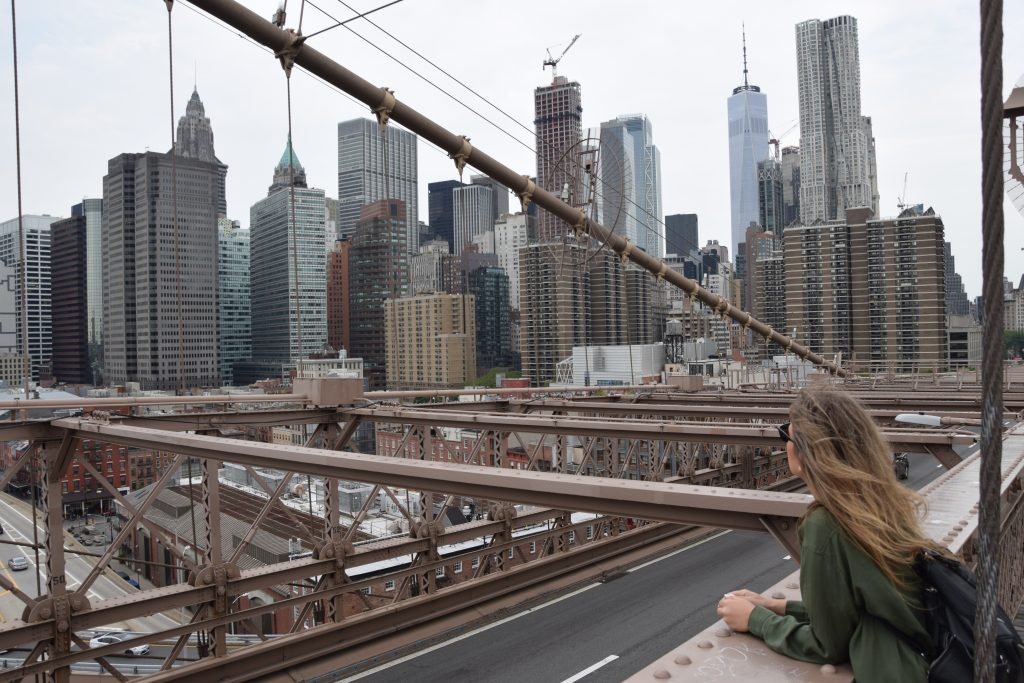 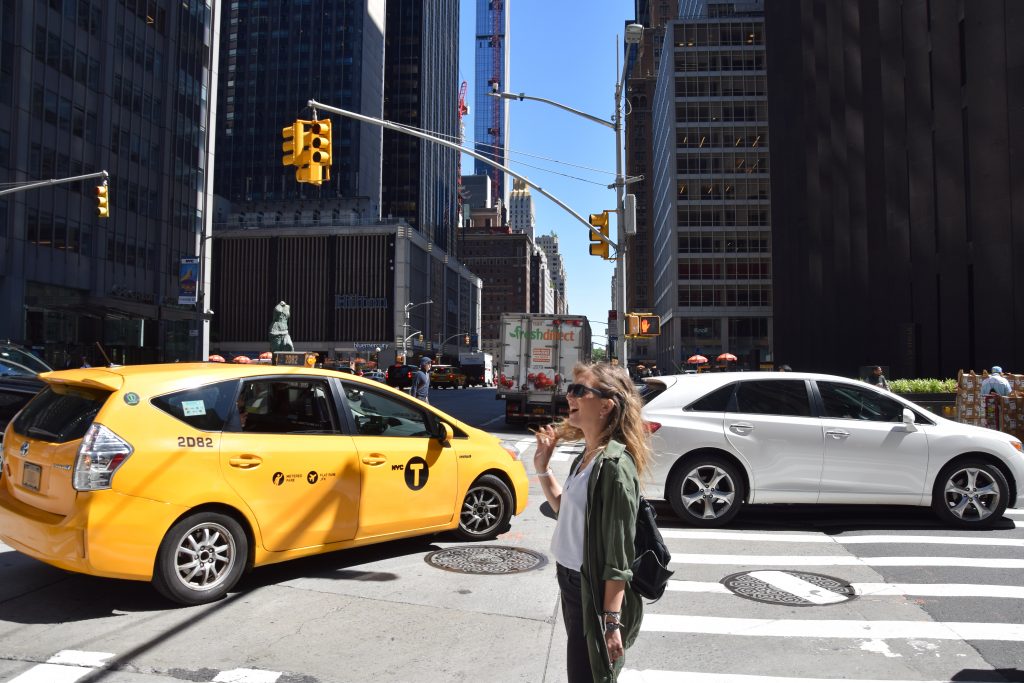 22 Grand central station Be transported by the iconic beauty and lasting legacy of Grand Central Terminal. This historic world-famous landmark in Midtown Manhattan is not simply a transportation hub—it’s also a shopping, dining, and cultural destination with 60 shops, 35 places to eat, and a full calendar of events all under one magnificent roof. Opened to the public in February 1913, Grand Central Terminal is a story of great engineering, survival, and rebirth.

23 Chrysler building The Chrysler Building was the first supertall building taking the title of World’s Tallest Building after winning a height battle with The Bank of Manhattan. The building claimed the title when it raised an 125-foot spire in just 90 minutes after constructing it in secret. It lost the title of World’s Tallest Building 11 months later to the Empire State Building but enjoyed commercial success due to its location next to Grand Central Terminal. In 2009, the Chrysler Building went through a retrofit, gaining the certification LEED Gold for Existing Buildings.

24  5th Avenue is a major thoroughfare in the borough of Manhattan in New York City, United States. It stretches from West 143rd Street in Harlem to Washington Square North at Washington Square Park in Greenwich Village. It is considered one of the most expensive and elegant streets in the world

26 Empire state building (8am to 2am every day, day and night ticket allows you to experience the city from our 360-degree, open-air observatory under the sun and the sparkling city lights the same night, the night ticket is redeemable after 9 pm 52usd). The Empire State Building is a 102-story Art Deco skyscraper in Midtown Manhattan, New York City. The building has a roof height of 1,250 feet (380 m) and stands a total of 1,454 feet (443.2 m) tall, including its antenna. Its name is derived from “Empire State“, the nickname of New York, which is of unknown origin. As of 2019 the building is the 5th-tallest completed skyscraper in the United States and the 28th-tallest in the world. It is also the 6th-tallest freestanding structure in the Americas. The Empire State Building stood as the world’s tallest building for nearly 40 years until the completion of the World Trade Center‘s North Tower in Lower Manhattan in late 1970. Following the September 11 attacks in 2001, it was again the tallest building in New York until the new One World Trade Center was completed in April 2012. 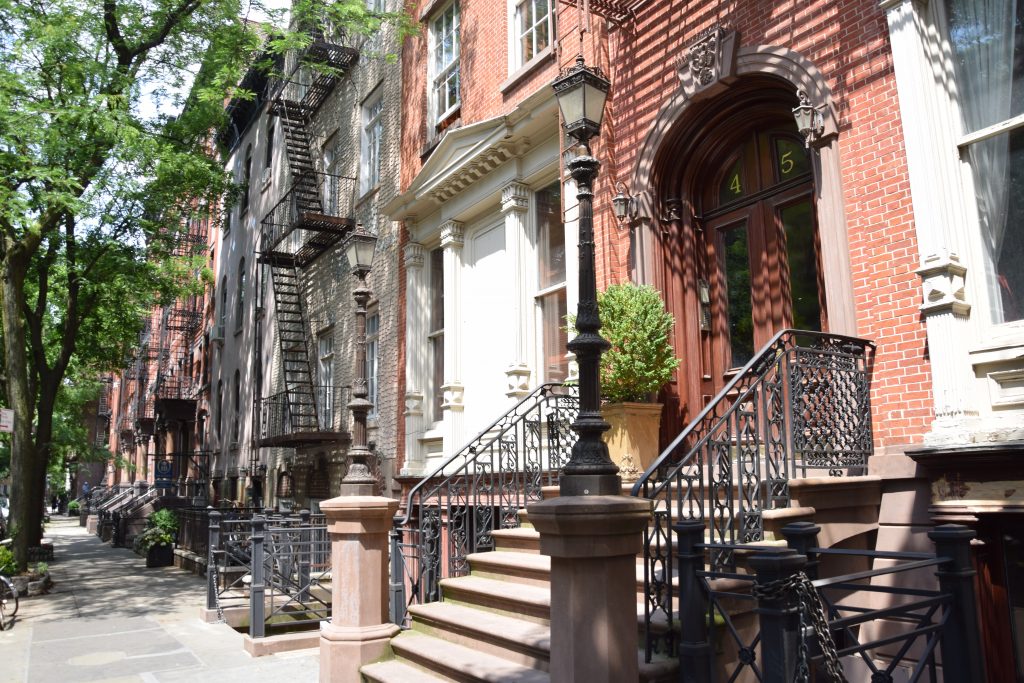 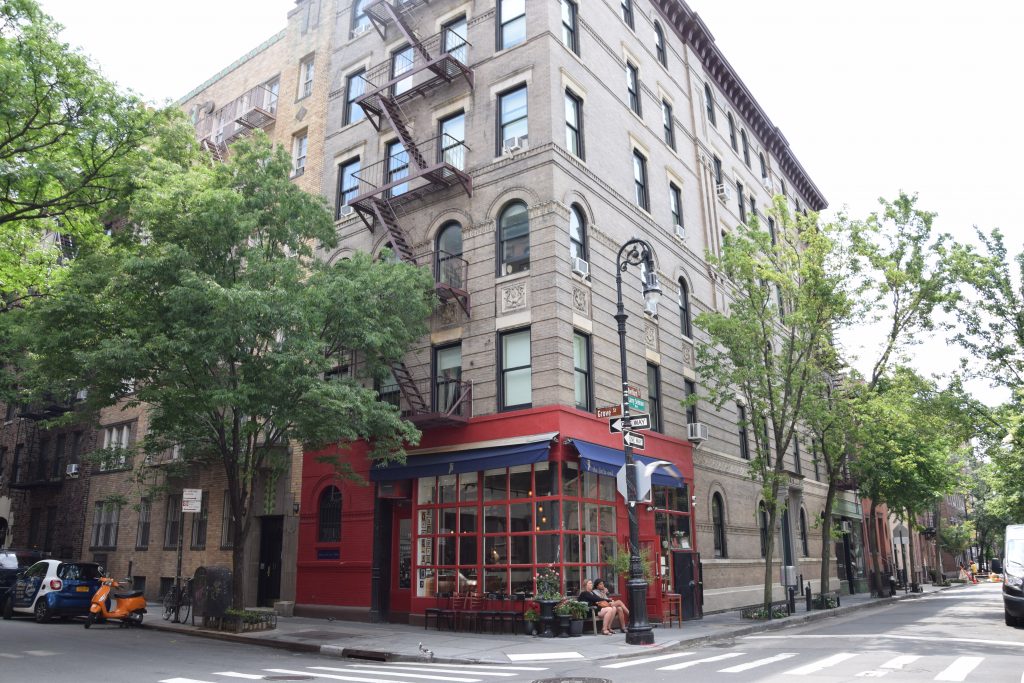 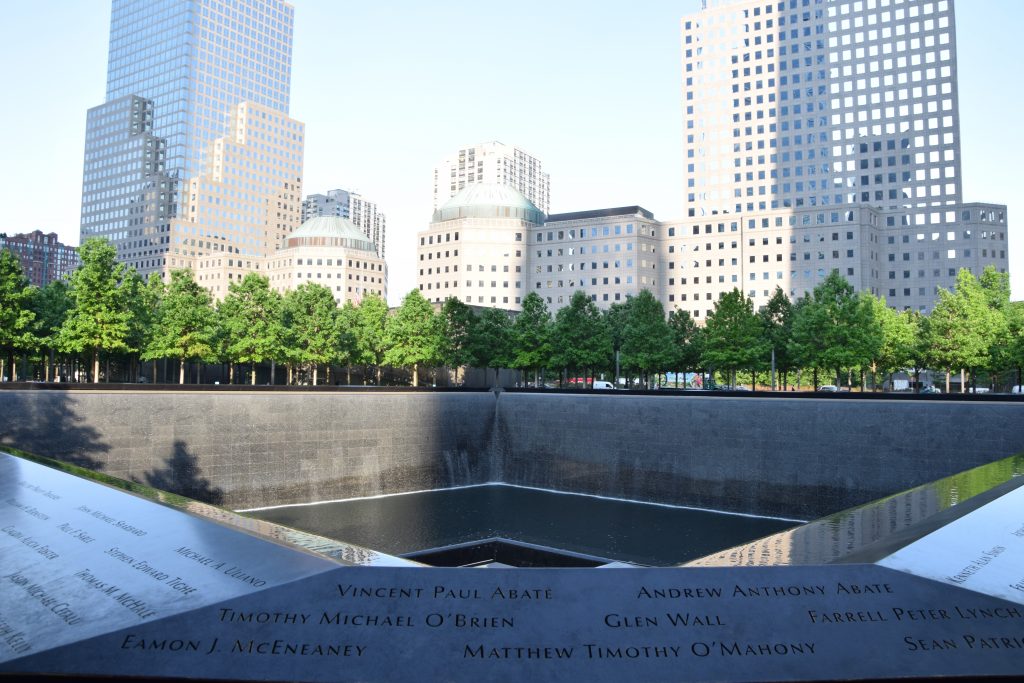 More attractions and places to visit that deserve our respect

BIG LIGHTS WILL INSPIRE YOU NOW YOU’RE IN NEW YORK